Travel to the Harz Mountains

Getting oriented makes it easier to travel to the Harz. There are so many ways to approach the area, it really helps to study the maps.

The Harz region is centrally located, but not really near any major cities. Once you are there, it is easy to get from one village to another by train, bus or car. 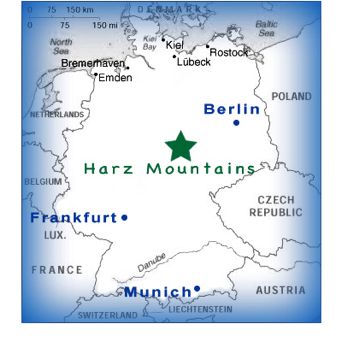 Travel to the Harz By Air

The major airports closest to the Harz region are Berlin, Hamburg, Hannover, Frankfurt and Leipzig. From there, travel would be by train or rental car.

Travel To the Harz By Train

From the larger cities, the train routes usually go by way of Halberstadt coming from the east, Goettingen or Kassel from the west and south, Hannover from the north, then changing to a local line going to the town you are starting with.

Check out the German Railway Schedules via the Deutsche Bahn website.

If you like the old, narrow gauge, steam trains, you're in the right place. The Harz Mountains have an extensive network of these trains that are used for actual transportation between many of the towns, not just as a ride for tourists. For more information, see the Harz Steam Train Map.

Travel to the Harz by Car

Get a good road map before you start out. The Harz region straddles three German states: Sachsen-Anhalt, Niedersachsen and Thuringia, so state maps aren't as useful as a country map. Larger bookstores often have a good selection and online is a good source as well.

Which Map to Use?

The Michelin map for Germany is a great map, but has one problem for a traveler. It is a gigantic piece of paper. Unless you are staying in one small area, you will be constantly wrestling with it.

The Rough Guide map of Germany is excellent. It has sufficient detail and the colors are easy on the eyes. It has the additional advantage of being laminated in a way that feels like smooth paper but is tough enough to withstand repeated folding and accidents of the liquid variety.

Both of the these maps are available through Amazon.

The map I used was very handy for travel to the Harz as well as the rest of Germany. Unfortunately it is only available to AAA members (The "Germany, Poland, Czech and Slovak Republics Map", four countries in one). If you can get it, it's small and easy to manage, with enough detail on it. 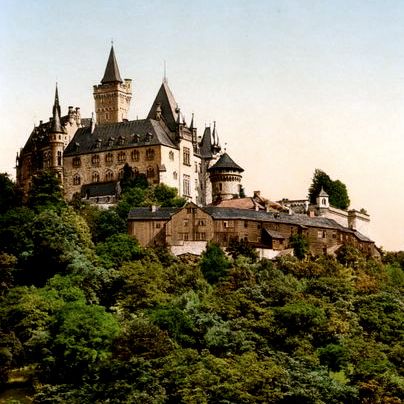 Traveling Around in the Harz Mountains

Because the towns are so closely clustered, it is possible to pick one of them and do day trips to the others. Wernigerode is the most central of the towns, so if you want to avoid changing hotels every night, you could stay there and see the others easily.

Or you could stay in Goslar, and do day trips to Wernigerode, the Brocken and the Rammelsberg mine outside Goslar, then stay in Thale and do a day trip to Quedlinburg (or vice-versa). That's assuming you have time for or want to see all of them.

Travel Tip: you can save money by using the Harzer Holiday Ticket. If you pay the visitor's tax by staying in a hotel (in most of the Harz towns), they'll give you a card that allows you to travel free on all the local buses around the Harz (but not the trains). See the Harzer Urlaubs-Ticket.

Tip: you can get free admission to many museums, castles, chairlifts, swimming pools, etc. throughout the Harz by purchasing a 48 hour or 4-day Harz Card. It includes the steam train up to the Brocken and entrance to the Rammelsburg mine in Goslar.

Which is the best town to visit?

If you can only see one or two, that's a tough one! What would I recommend? Definitely Quedlinburg, then either Thale for great scenery and walks, or choose Wernigerode (great castle) or Goslar (fascinating mine) for another dose of half-timbered charm. I'm sure others might disagree with my choices; a good case could be made for any one as top pick!

In any case, the Harz is a good stepping off point for other places in your travels through Germany.

For Information on Towns in the Harz, see.....

Map of the Harz 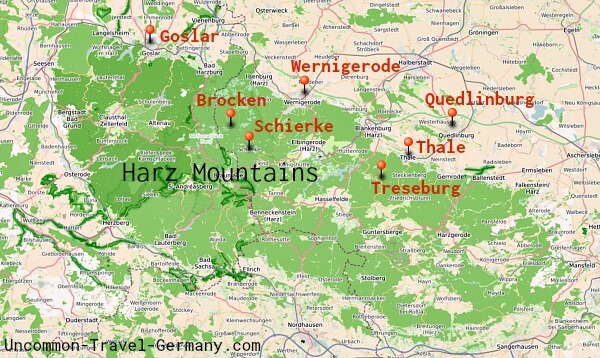 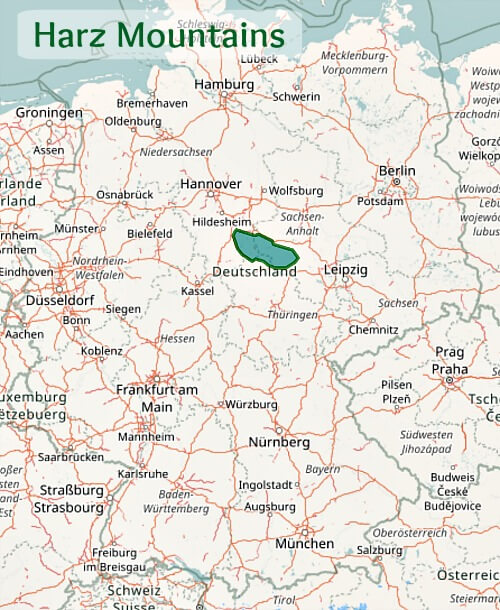 Towns in the Harz...