Are there such things as cheap flights to Germany?

Using kayak.com is the easiest way I've discovered to get the best deal on tickets (with the least effort). 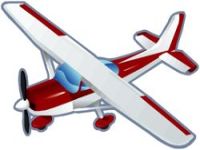 I used to check a number of travel sites like Orbitz, Travelocity, Expedia, Cheaptickets, etc., but Kayak is a more efficient way of checking ticket prices.

Kayak.com checks over 100 airlines and other sites and does the best job finding cheap flights to Germany that I've seen so far.

I've been testing it and checking the others to see if I could find something cheaper on my own, but so far Kayak has come up with the cheapest tickets to Germany, or at minimum, no more expensive than the other companies' best prices.

The prices fluctuate day to day, so unless it is amazingly cheap, it's usually better not to just pick the first day's results. Check the flights to Germany (or elsewhere) on several different days.

Of course it's generally better to start looking two or three months before the trip. Waiting until you're close to the departure date will significantly reduce the chance of getting a lower cost flight to Germany. Sometimes it can't be helped, but you still might get lucky and get a good deal; it's rather like ticket roulette at times.

Often the cheaper flights are mid week, so check Tuesday, Wednesday and Thursday flights if you are flexible. Also check flights leaving from other nearby airports, not just the main one.

For those fortunate folks flying from the UK, Ryanair has lots of really cheap flights to Germany. You can get flights to the smaller cities in Germany or smaller airports near big cities(e.g., Hannover, Düsseldorf, Berlin-Schonefeld, Frankfurt-Hahn) for about $12 (£ 6 or € 8). In fact, some of them are actually free flights to Germany! Check their website, deals change frequently.