When I want to translate German to English, I use different approaches depending on how I intend to use the material. 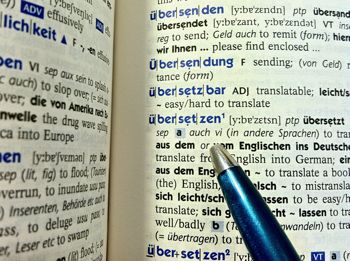 Have you found something in German on the web that you really want to read? I often do when I'm looking for information on German travel spots, especially the more out-of-the-way places.

If you want to scan the text to see if it's got something of interest to you, you can run it through one of the free online translators to translate the German to English. Admittedly, they're pretty bad, but you can usually get the gist of the article.

Since I know some German (barely hanging onto the intermediate ledge), if I'm really interested, I move on to the laborious, look-it-up-in-the-dictionary work . If you're unfamiliar with German, that doesn't help much and you're stuck with the approximate translation, which can often be pretty comical!

If you Google "free online translators", you'll find a long list of them. I've tested a bunch of them, but unfortunately haven't found a really good one. I use the Google version to translate German to English, at www.translate.google.com - the best of the choices that I've found so far.

The Brothers Grimm, more or less....

To give an idea of what you'll get when these websites translate German to English, watch what happens to a passage from Hansel and Gretel: 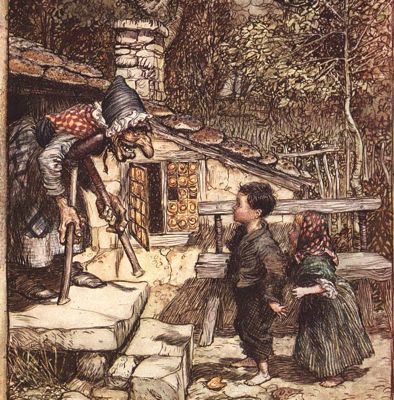 Now some efforts by the free online services to translate German to English:

On the third day they went to lunch, when they came to a cottage that was built entirely of bread and roofed with cakes, and the windows were of clear sugar. "We want to sit down and eat our fill, said Hansel,. I want to eat from the roof, you eat from the windows, Grethel, that's fine sweet for you," Hansel, had been a good bit of the roof and Gretel have a few round ate windows, and broke off a new one just because they heard a soft voice that cried out from the inside:

"Nibble, nibble, gnaw! Who is nibbling at my house! "

On the third day they went ton lunch, they came tons of A cottage when that which built entirely OF bread and roofed with cakes, and the windows were OF CLEARs sugar. " Incoming goods want ton sit down and eat our fill, said Hansel. I want ton eat from the roof, you eat from the windows, Grethel, that' s fine sweet for you, " Hansel, had been A good bit OF the roof and Gretel have A few round ate windows, and broke off A new one just because they heard A softly voice that cried out from the inside:

" Nibble, nibble, gnaw! Who is nibbling RK my house! "

It goes downhill from here!

At the third day, they went came, there again to noon it at a house, that was constructed entirely out of Brod and was covered with cake, and the windows were of bright sugar. "there want we us put down and satisfied eat us, said wants to eat Hänsel; I of the roof, is iss you of the window, Gretel, that fine sweet for you". Hänsel had, eaten already a windowpane round well piece by the roof and Gretel already a couple, and a new broke heard itself just from, there it a fine voice that exclaimed here from within:

www.wordlingo.com and www.frengly.com were on the same level. As you can see, the Google version was the most coherent for this sample.

If you have an official document or business correspondence that you need to translate from German to English (or your first novel), where the meaning, and nuances of meaning, are very important, the services of a professional translator are likely required.

How to find a reliable translator? Unless you get a personal recommendation, finding someone with top qualifications requires a careful search and checking training, experience and references.

I found a really helpful website, www.german-translation-tips-and-resources.com, written by a professional German-to-English translator. It has lots of great information specifically about doing German to English translations, including translation software and other resources.